Lagos State Governor, Mr. Akinwunmi Ambode, on Friday evening said the state has the capacity and wherewithal to accommodate those who can dream big and realise their potentials to the fullest.

Governor Ambode, who spoke at the unveiling of the Eko Pearl Towers, a 24-storey state-of-the-art residential building, located within the Eko Atlantic City, Victoria Island, said the core objectives of his administration was to create an enabling environment for local and foreign investors alike to thrive.

The Governor, who called up Chief Executive Officer of Eko Pearl Construction Company, Elias Saad, and Chief Executive Officer, Chagoury Group, Ronald Chagoury, to the stage during his remarks at the occasion, appreciated the duo, saying that they believed in the future of Lagos and did not hesitate to invest.

“Lagos State is looking for dreamers, you are more than a dreamer. What you’ve done here is nothing but just to inspire the rest of the city of Lagos saying that if we join hands together, we can do it.

“Lagos is the land of opportunities and many investment opportunities abound in transportation, entertainment and tourism. Our commitment is to create an environment where your investments are secure and profitable,” the governor said. 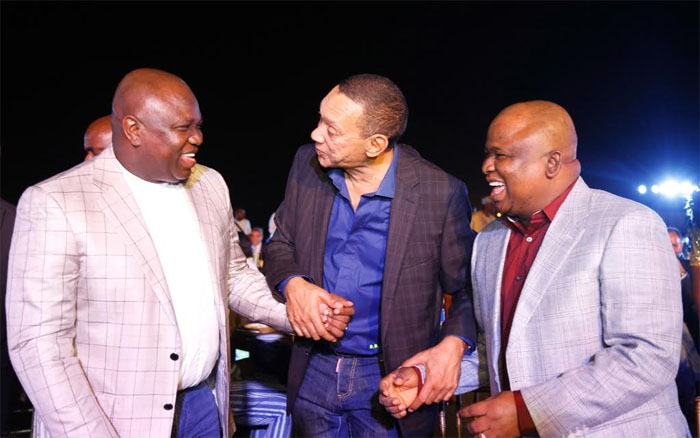 He said the Eko Atlantic City Project, when completed, would go a long way to create employment and wealth for the people of the state.

The Governor added that aside being a major part of the changing face of Lagos, the project was also one of the most anticipated in the history of Nigeria and Africa.

Describing the unveiling of the Eko Pearl Towers as a remarkable day in the history of Lagos State as the Eko Atlantic City gradually comes to life, Governor Ambode said the structure, in all ramifications, represents the new standard for property development in the State.

“Eko Pearl Towers, the first residential development in Eko Atlantic City, is a set of high-rise buildings, privately owned & developed by the Eko Pearl Construction Company. I am told that the tower is a collection of deluxe two, three bedroom & penthouse type apartments with Sea and Marina views.

As we can see, this is a magnificent pearl by all standards, and the new standard for property development in Lagos State,” Governor Ambode said.

The Governor said his administration was embarking on many urbanisation projects which, when completed would deliver a Lagos that will compete favorably with all the mega city-states of the world which Lagosians can be proud of.

“All these efforts will reposition Lagos State, putting it firmly on the international map as not just the financial, commercial and tourist hub of Africa but also to create employment and wealth for our people”. 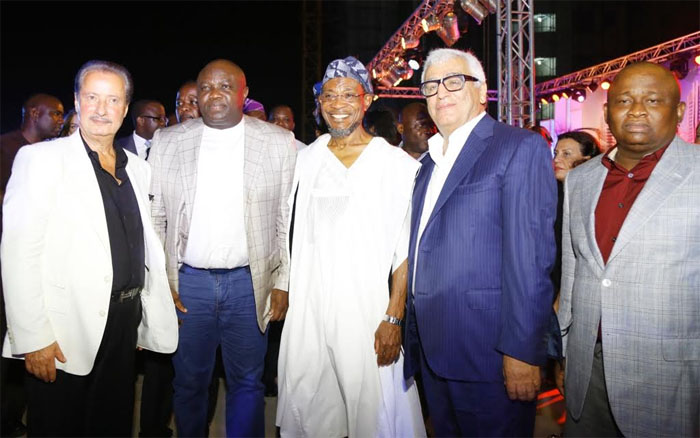 While congratulating the management of the Eko Atlantic City on the landmark achievement, Governor Ambode said the project was a clear example of the successful Public Private Partnership (PPP) between the State Government and the developer of project.

He seized the occasion to also call on other investors to take a cue from the management of the Eko Atlantic City and Eko Pearl and put their resources in the state, saying that Government was committed to creating an enabling environment for their businesses to thrive.

He said that the Eko Pearl Towers, also known as the Black Pearl Towers, was a residential high rise building located in the centre of Eko Atlantic City.

Saad said that the White Pearl Tower under construction would also be ready by next year.

”People call me the dreamer, I’m so happy that I was able to actualize my dream in Lagos by delivering the Eko Pearl Towers like I promised,” Saad said.

Categorised as : Metro
No Comments »

Secured Society: Owo is One Association Makes Case For Synergy Between Security Organizations And Traditional Institution