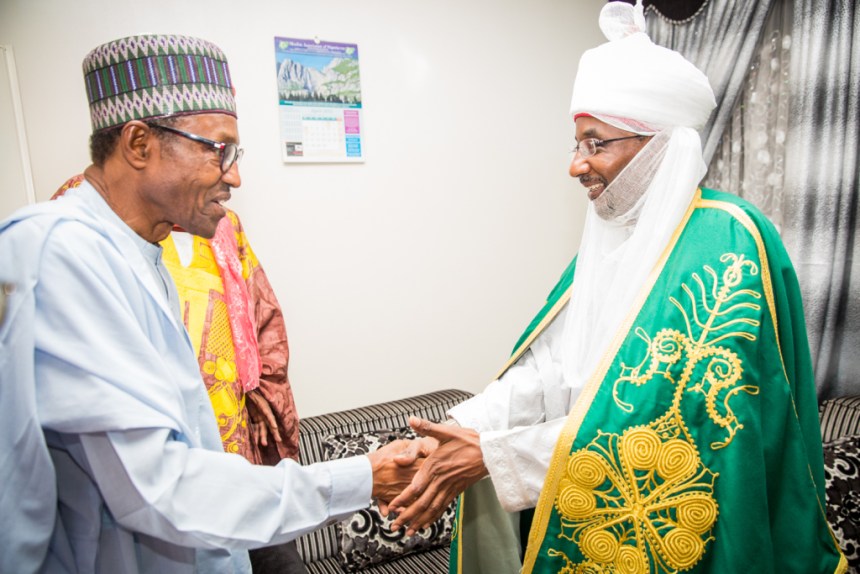 The Emir of Kano, Muhammadu Sanusi, has denied quotes attributed to him on some social media platforms denouncing President Muhamadu Buhari’s government and also claiming All Progressives Congress as failures.

Emir Sanusi, in a message sent to PREMIUM TIMES on Thursday, said the said quotes were fabricated and attributed to him to create misunderstanding and disharmony between him and the President.

“My attention has been drawn to a set of quotes attributed to me attacking the government of General Buhari and his party and praising opposition party, I do not know who is behind these quotes,” the monarch said.

“But they seem to be part of a new and insidious strategy where quotes are attributed to individuals in order to mischievously score cheap political points and plant disaffection between persons.

“These so-called reports never state exactly where my statements were made and in what forum or in whose presence, nor do the faceless cowards behind them have the courage to write their names.”

Emir Sanusi said while be believed that “all intelligent and well-meaning Nigerians” could immediately discern that the quotes were maliciously fabricated, “it is only proper if I formally disassociate myself from them”.

The emir continued: “It is a well-known fact that I was illegally suspended from my position as CBN Governor precisely because of my role in exposing the massive looting of our national treasury by the last administration, and that I have since shown my total support for the war against corruption being waged by the current administration.

“I am also convinced that everyone recognizes the remarkable improvement in the security situation in the North, the greatest evidence of which was the incident-free celebration of Eid el Kabir throughout the country,” he said

The Emir said he would continue to support the government in its efforts to address pressing national problems and to offer “constructive advice and criticism” as and when necessary.

“But this will be done in an open and transparent manner and not in the form of malicious statements on the Social Media,” he said.