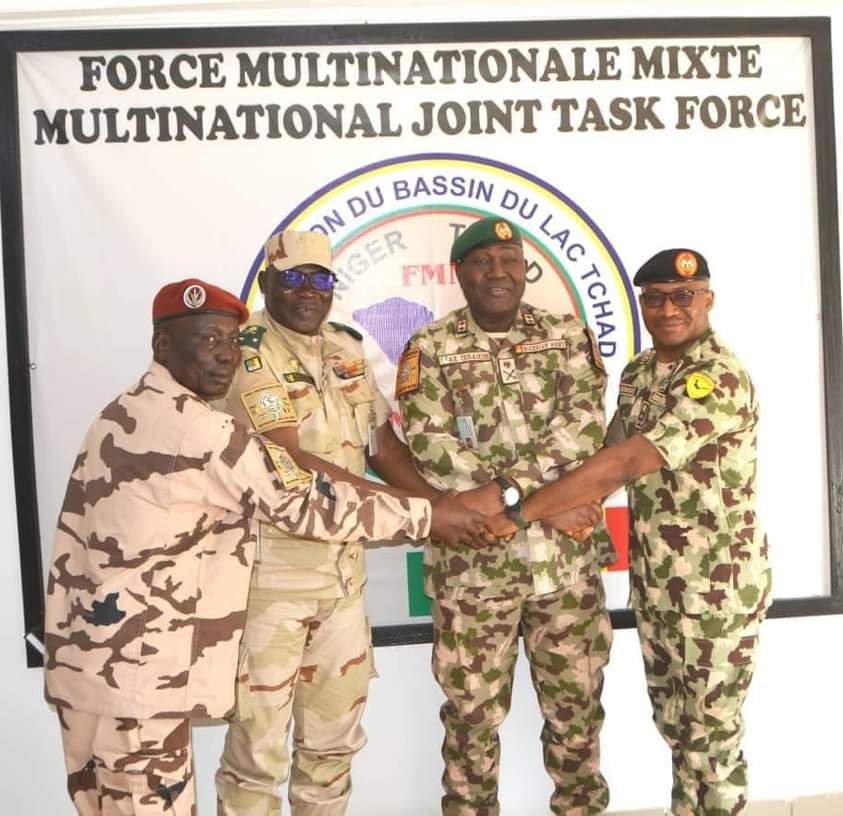 The recently appointed  Multinational Joint Task Force ( MNJTF) Sector 3 Commander, Brigadier General Abdulsallam Abubakar (Nigeria) paid an operational/ familiarization visit to HQ MNJTF Farcha N’Djamena on Thursday 22 September 2022. After the traditional arrival ceremony, the visiting Commander was given a detailed brief of the operational activities and other aspects of the MNJTF in order for him to be familiar with the workings of the MNJTF.

The Force Commander (FC) Major General Abdul Khalifah Ibrahim in his remarks congratulated the Sector Commander  on his appointment and said his appointment was based on merit and hard work. Gen Ibrahim said he noticed the increased tempo of operations and other innovations the newly appointed Commander had brought since his assumption of duty and urged him to sustain and improve on that. Speaking further, the FC stated that the operations conducted by MNJTF and Operation Hadin Kai have seriously degraded the insurgents and there is therefore the need to bring all resources together in order to completely defeat the BHT/ISWAP. He said this is top most priority of the MNJTF and would only be achieved by working in synergy with other stakeholders. 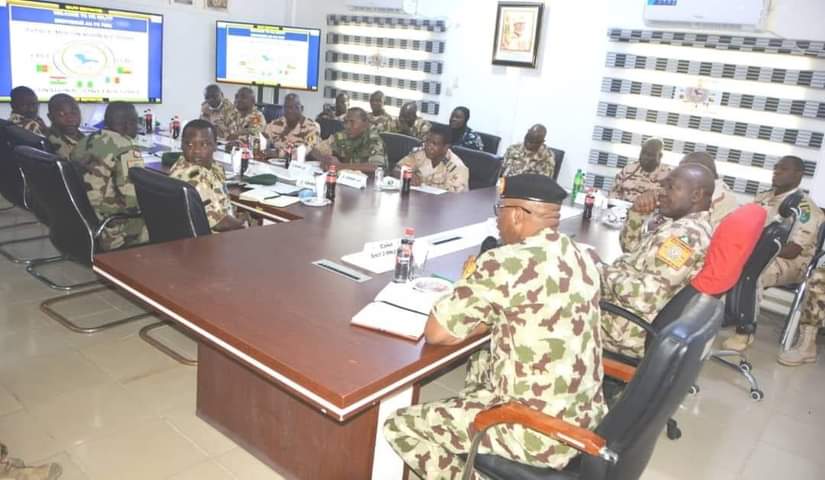 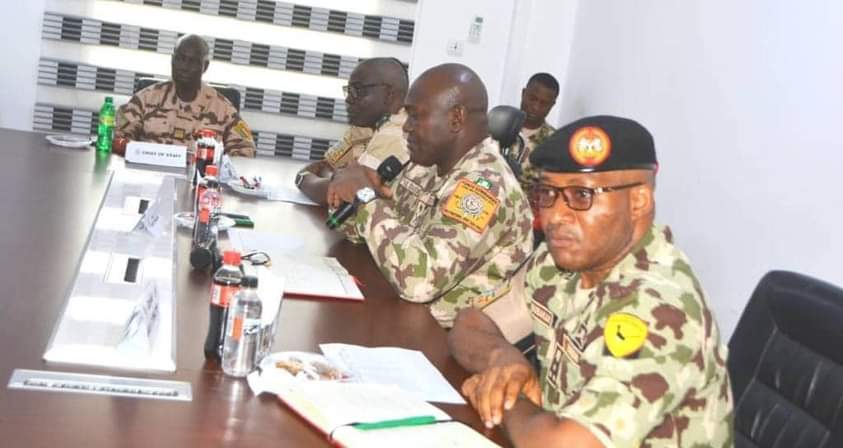 In his remarks the Commander Sector 3  thanked the FC  for the warm reception and the strategic guidance received since he assumed office. He briefed the FC on his plans and what he has achieved so far, promising to sustain the offensive posture of the Sector. He promised that  Sector 3 will continue with the operational directives for the total defeat of BHT/ISWAP. 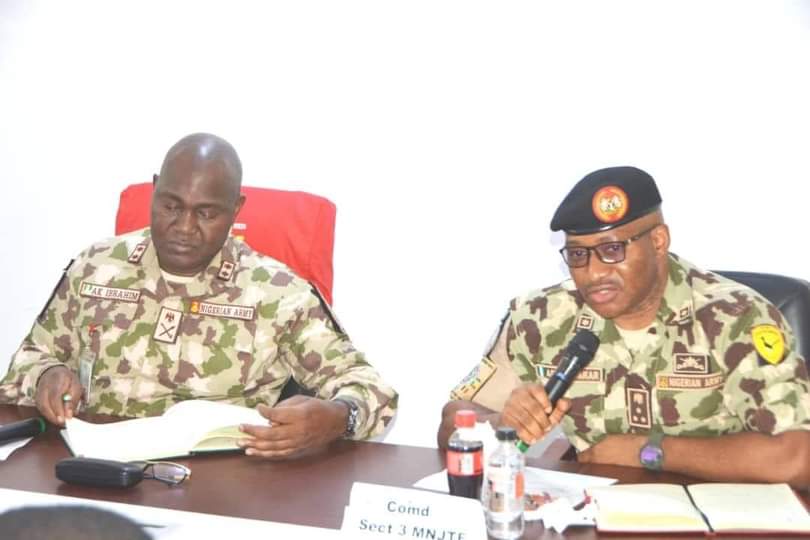 Thereafter, there was the traditional signing of visitor’s book, presentation of souvenir and group photographs. The Sector Commander also used the opportunity to visit the Ndarasson Radio HQ which is co-located with the HQ MNJTF. This is the radio station that broadcasts the activities of the MNJTF to the target audience within the Lake Chad Basin region. 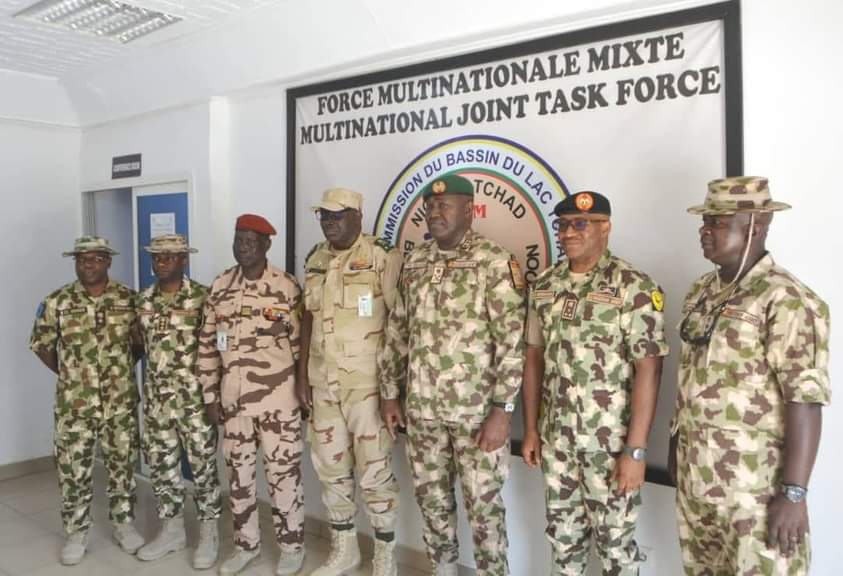 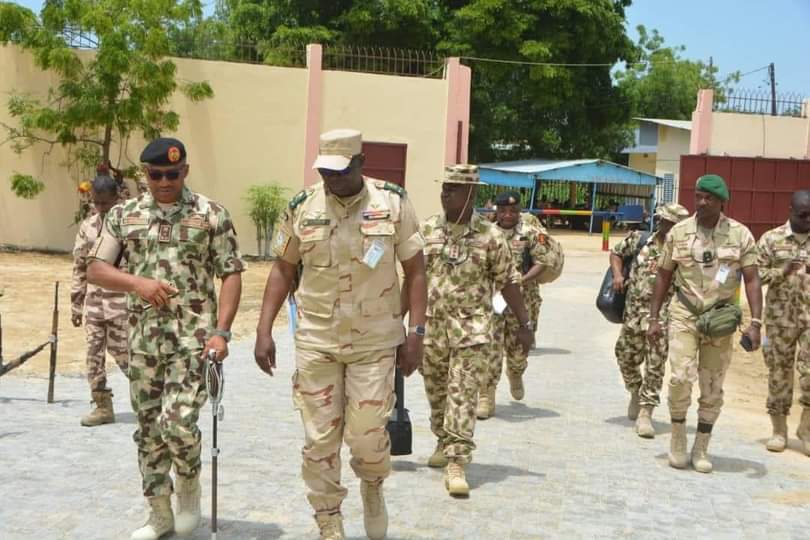 The  Sector Commander and members of his entourage were thereafter hosted to a lunch to formally end the visit. In attendance were the Deputy Force Commander, Brigadier General Assoalai Blama, the Chief of Staff of the MNJTF, Col Njimet Kafine Barka, among others. The Sector Commander and his team have returned to their location safely.
Tweet

Categorised as : Defence, News
No Comments » 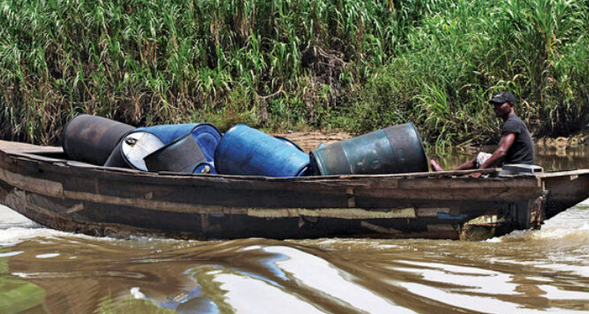 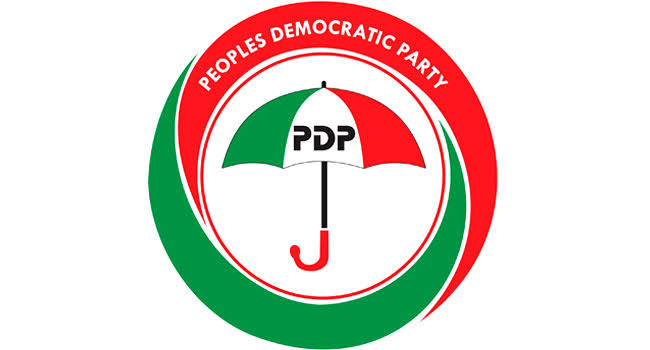 Cross River PDP And The Howling of A Disembowelling Party